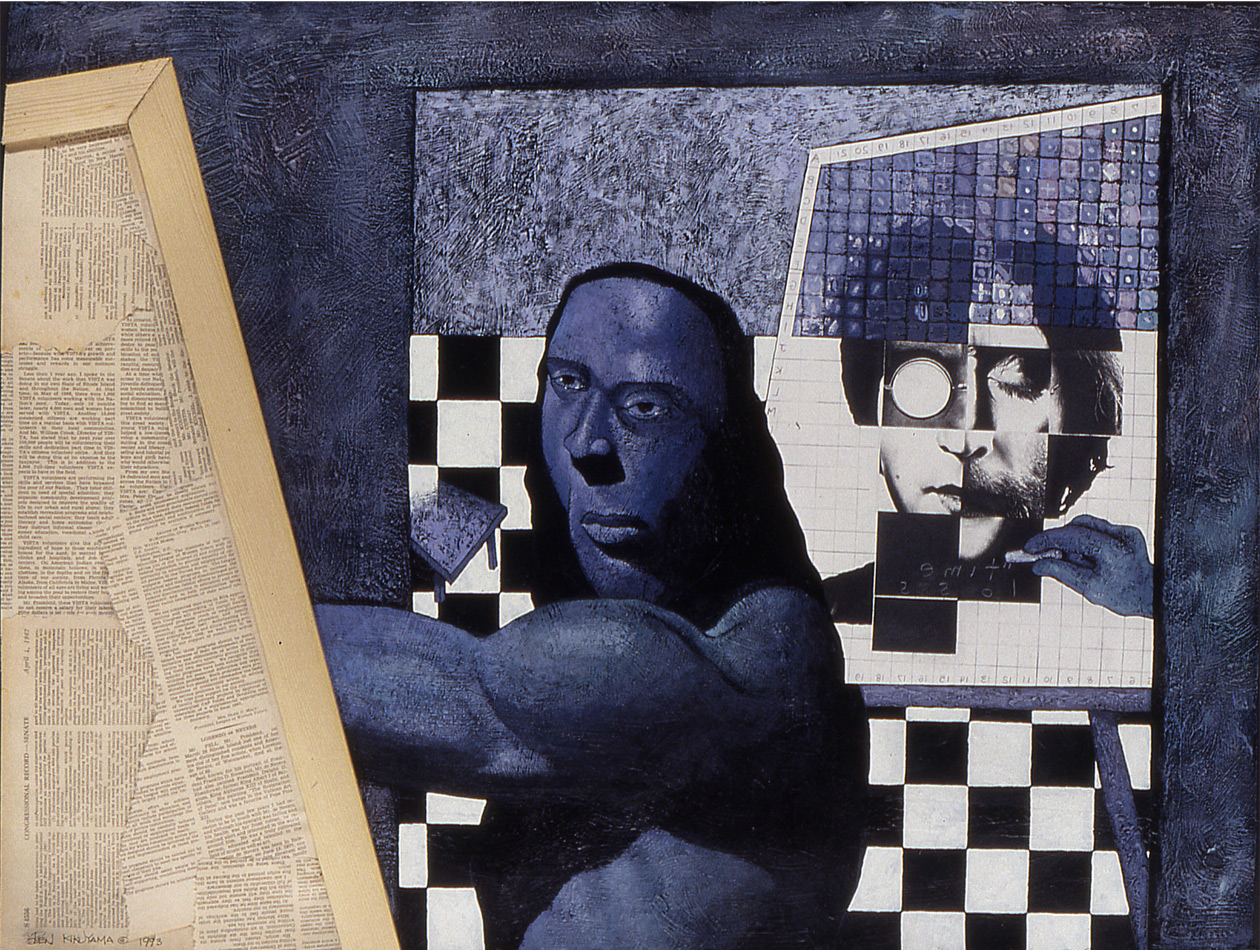 I remember when I found out John Lennon was killed. It was such a tragedy and affected me deeply, as he was such an inspiration to me in so many ways. I created this piece, partly as a homage to him.

The blue man artist in the foreground is working on a canvas, which is reflected in a mirror behind him. In the mirror, you see the canvas being worked on and the artist’s hand. You also notice the rendering of Lennon on the canvas.

The top section of the face is painted in acrylic and pixelated. The bottom section is drawn in charcoal and in larger squares. The charcoal squares show off two different periods of Lennon's life... his early, clean shaven, more innocent Beatle's years and the later, bearded, “hippy” years.

The title of the piece is Emit Ssol, which refers to the time his soul is being emitted from his body and this world. But, if you reverse the spelling, it reads timE LosS, the time that we, the world, lost with him due to his untimely, all too early death. The pixelated element of the portrait represents the part of Lennon that is starting to enter into the other realm, the realm beyond this life as we know it. The realistic charcoal represents the part that is still fixed in our familiar earthly and mortal realm.

John Lennon was only 40 years old when he died.

– write-up from the artist