I was abducted and put into a dungeon by a Norwegian tulip cartel.

What actually happened was this…

In 2008, when the housing market collapsed, things in art world started looking pretty bleak. The gallery I was in, and where my wife, Sylvia, worked as an art consultant, was coming to a close as we knew it. In one fell swoop, both of us were out of sources of income.

The last day of the gallery, we left and stopped by Mana Foods for some groceries and discussed our options on our way home. Syl had been an English teacher at King K, the high school down the street, so going back to being a teacher was one possibility. But as we were talking about this, I noticed her heart bulge out of her chest, slide down her belly and plop down on the floorboard. As I watched it beat on the ground, shuddering and wheezing, I realized this probably wasn’t a very good path for us to take seriously.

There was another choice, though. Syl had been creating websites on the side. Coding came somewhat naturally to her, and she enjoyed seeing these website projects come to life. She often brought up the idea of doing this for a living, “some day down the road”. As we talked about this, her heart crawled up her leg and eventually back into her empty chest. 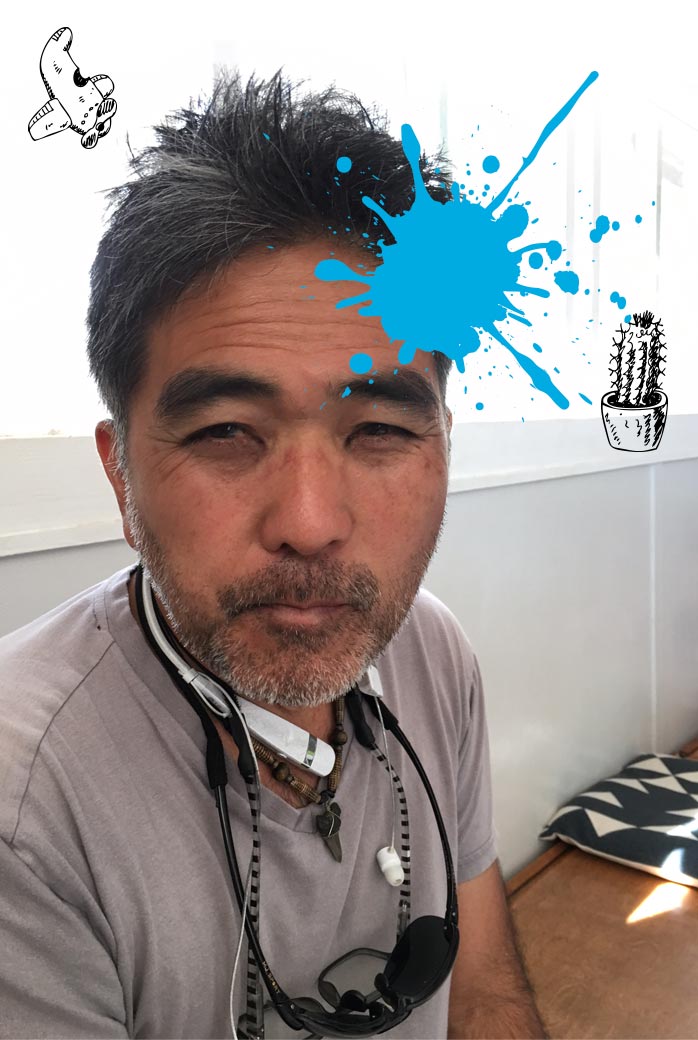 We started a web design company.
It took off like crazy.
It grew some more.
My time creating art became less and less.
It helped to pay off our debts and put us in a better place financially.

By 2019, about ten years later, I was starting to get burned out.

You see, art, for me, was still the main core of who I was as a human being. Even though I was barely in the studio physically making art, my mind was constantly thinking about it. I would save things I found on the internet or in magazines. I jotted ideas in notebooks. I developed whole bodies of works in my head.

In the meantime, Syl and I travelled. Just about every year, we took off for several weeks. Most of the trips were usually in search for art in one form or another. We got to see and experience some of the greatest art museums and galleries in the world in New York, Rome, Amsterdam, Florence, Paris, Chicago. Visited Art Basel in Switzerland and Art Biennale in Venice Italy. For a boy born and raised on Maui, traveling to all these amazing places was both joyous and unfathomable. 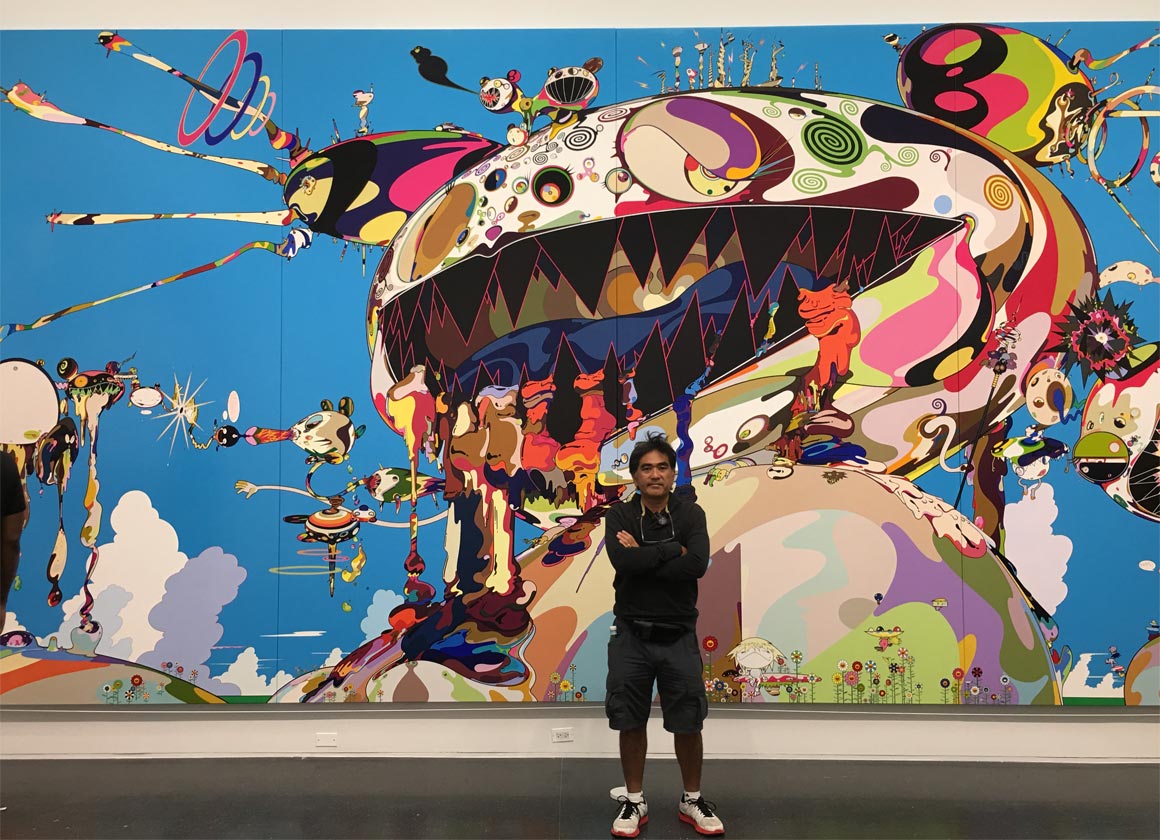 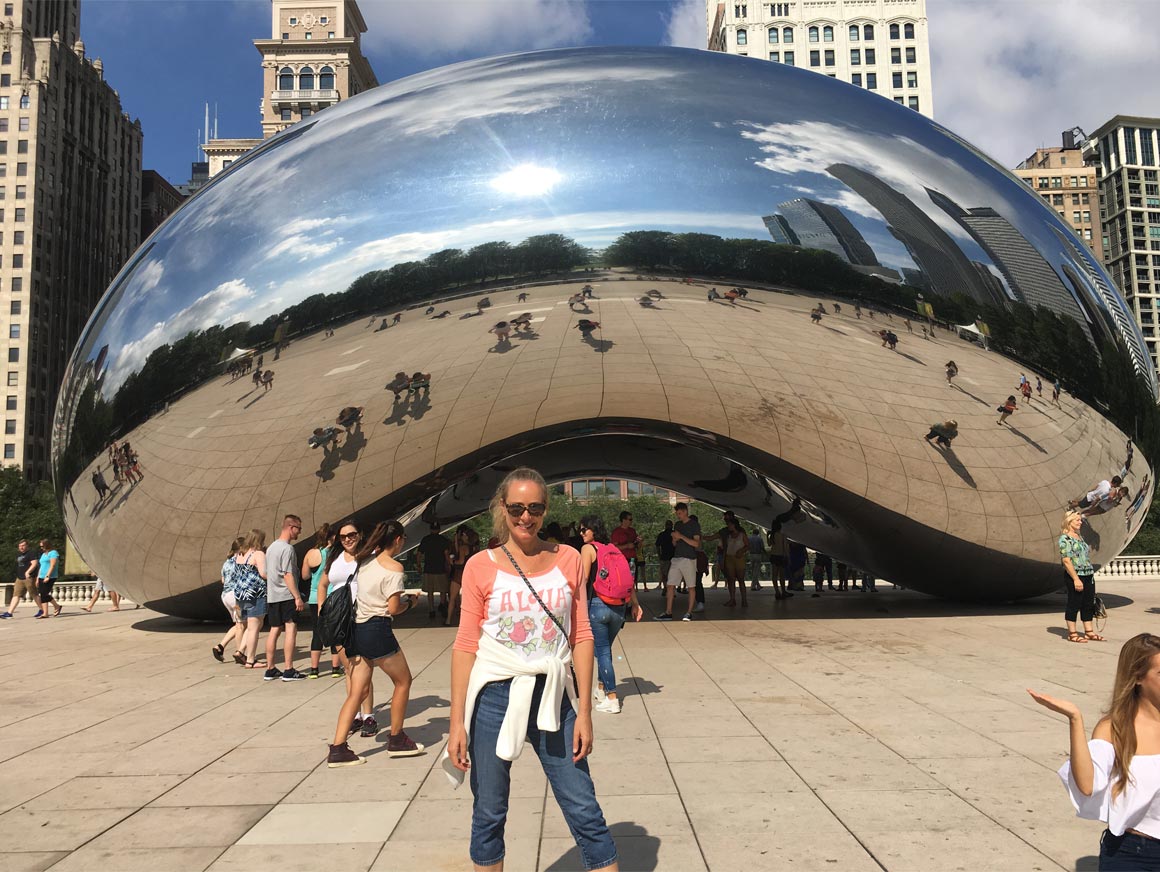 Back to the burn out thing.

My health was starting to take a hit. I could no longer sit hour after hour, day after day in a chair looking at pixels on a computer screen. The pressure of getting never ending projects out the door by strict deadlines was getting to me. I got tinnitus. I couldn’t sleep. I knew I had to change things or physically and emotionally implode. So Syl and I discussed this and we both realized it was time I get back to art. I tied up loose ends on web design projects and I renovated my studio from a web design work space back to an art making studio space.

Ten plus years of not really making much art, lots of stuff pent up inside of me. Those bodies of works I had been building in my mind I mentioned earlier. Two of them I have finally started physically creating pieces for. One series is called Renaissance Pop. The other is Ridley Ozo. I’ll talk about these later.

Okay, that’s enough for now. I have to get in the studio and get paint in my hair.